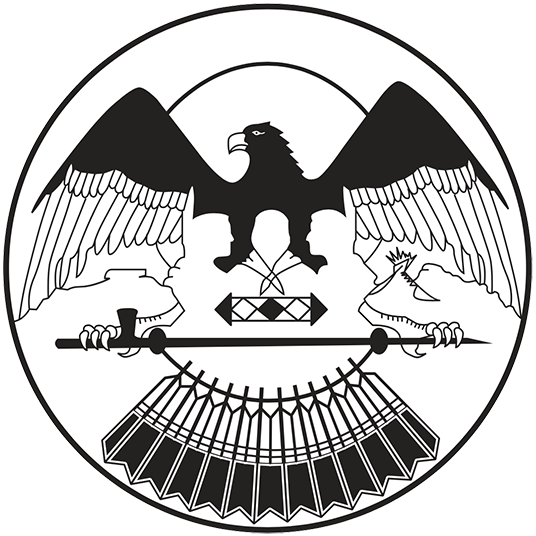 What does it mean to be a Utah “Ute”?

When fans of the University of Utah shape a “U” with thumbs and forefingers and declare “Go Utes!”—we unite in an enthusiastic tradition of celebration, pride and community.

We also evoke culture that is the bedrock of Utah’s history and its namesake.
Few Utah fans are of Ute descent, yet we align with them each time we use the phrase to display our institutional loyalty. In April 2014, the Ute Indian Tribe recommitted its support for the use of the Ute name. In turn, the U has committed to increase recognition of the rich human history of our state and recognizing the many ways Native American tribes in Utah continue to strengthen our communities.

So Utah fans – let’s get educated. When we say “Go Utes!” with a deeper understanding of the tribal Utes, our cheer becomes more than just distinctive shorthand for Utah. It takes on real meaning: carrying a “proud reflection” of the Ute culture and heritage, as well as all five Native American nations – Ute, Goshute, Navajo, Paiute and Shoshone – that are an elemental part of our region’s history.

Ute are a proud and fearless people.

Their language belongs to the Uto-Aztecan language family, which includes many Indian tribes from the southwestern United States, deep into Mexico. The Ute Nation once covered most of Utah, Colorado and northern New Mexico—long before the Spanish, trappers, traders, miners and Mormon pioneers arrived in the region. Utah Valley was the homeland of the Utah Ute who often traversed the Salt Lake Valley, which was a buffer zone between the Ute and their northerly Shoshone neighbors. Their knowledge of the land, prowess as warriors and wealth from sophisticated trade networks, allowed them to live with relative ease throughout their vast homeland. They maintained control over the region’s richest natural resources for thousands of years and vigorously defended their claim to this region from other tribes and settlers alike.

As new people came west, conflicts between cultures were inevitable. Lured by land, furs and minerals, a growing population increased pressures on finite resources and disrupted traditional stewardship practices. The Utes were cut off from their traditional way of life and were harmed by promises rarely kept. By 1882, the intruders had secured a takeover of Ute territory. The several Ute bands had been destroyed or consolidated as they were pushed off their wide-ranging lands into reservations in the Uintah Basin of eastern Utah.

Decades of policies damaging to Native Americans began to improve in the 1940s. Today, the Ute tribe retains its traditional wisdom, a strong culture and is an important contributor to the Utah economy. Ute values of integrity, respectful guardians of the natural environment, and commitment to the Utah community are ones we all can uphold. Be inspired to find out more. Our “Go Utes!” should reflect real understanding and deep respect for Utah’s peoples. 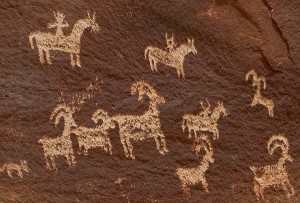 The Ute Nation once covered most of Utah, Colorado and northern New Mexico—long before the Spanish, trappers, traders, miners and Mormon pioneers arrived in the region. Photo credit: Sanjay Acharya - CC BY-SA 3.0

The Ute Indian Tribe is one of several tribes native to the area now known as the state of Utah. Learn more about the ancient peoples of this land.

Among the most ecologically efficient and well-adapted Indians of the American West.
Learn More

The Goshute people occupied some of the most arid land in North America and exemplified the Great Basin desert way of life.
Learn More

Prior to their contact with Europeans the Paiutes’ aboriginal land covered an area of more than thirty million acres—from southern California to southern Nevada, south-central Utah, and northern Arizona.
Learn More

The Navajo tell the story of the Emergence, in which First Man brought the four sacred mountains that mark the Navajo homeland into the Earth-Surface World.
Learn More

Utah Diné Bikéyah is a 501(c)3 nonprofit organization that works toward healing of people and the Earth by supporting indigenous communities in protecting their culturally significant, ancestral lands.
Learn More

The people of White Mesa descend from the Weenuche band of Southern Utes, who lived in an area bounded by the Dolores, Colorado, and San Juan rivers and moved with the seasons based on the harvest of plants and animals.
Learn More